Back to all posts

Distant Sun to perform at The OVO Energy Womens Tour

Distant Sun will be performing on Sunday 9th June for the pre-event gathering of the OVO Energy Womens Tour international cycle race.
The band performance will be taking place on an outdoor stage in the town centre of Beccles following a Q&A session with those involved in the race.
It will be a great way to spend a summer Sunday afternoon in June so come and join us. Here is some more info about the Tour below;

This year’s OVO Energy Women’s Tour Grand Depart in Suffolk will take place between Beccles and Stowmarket, marking the first time that both market towns will host Britain’s leading women’s procycling race.
Ninety-six of the world’s best female riders will line up in Beccles on Monday 10 June to tackle a 157.6-kilometre (98-mile) route that will take in the northern and central parts of the county before finishing in Stowmarket. Fans watching the action unfold at the finish on Ipswich Street will benefit from seeing a field comprising Olympic, world and national champions pass through the line twice during the stage.
Suffolk has previously hosted the opening stage in 2015 (Bury St Edmunds to Aldeburgh) and 2018 (Framlingham to Southwold), as well as co-hosting the 2016 race start (Southwold to Norwich) with neighbouring Norfolk. 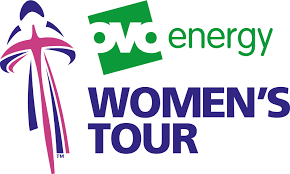